Antenna arrays have gained considerable interest in the last decades due to their advantage of increasing system coverage, capacity, throughput, and link quality, hence improving communication system performance. On the other hand, an antenna array can also be used to provide spatial diversity, beamforming capabilities, or implementing Direction of Arrival (DoA)-based positioning systems. Obviously, all of these systems manifest performance strongly dependent on the antenna array design.

In this lecture, two of these antenna array applications are treated and described. Firstly, the problem of radio localization based on DoA estimation is analyzed under the hypothesis that DoA estimation capability can be integrated in a general communication system data processing path. A specific case of cyclic prefixing (CP) orthogonal frequency division multiplexing (OFDM) transmission technique with training sequence is assumed to show fundamental limits of the proposed approach in a communication channel impaired by multipath components.

In the second part, antenna array is exploited to accurately control the radiation pattern and synthesize a specific communication area on a planar surface. Communication area synthesis, defined as a space portion limited by a power threshold, is described as an important requirement in the design of radio frequency identification (RFID)-based electronic toll collection (ETC) systems, or other specific vehicular applications which require a high data-rate service spatial area. 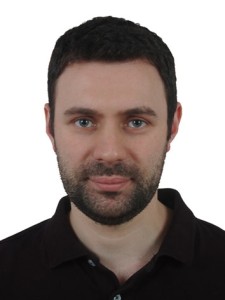 Daniele Inserra received the BSc Degree (2007) and the MSc Degree (2009, summa cum laude) in electrical engineering, and the Ph.D. degree in industrial and information engineering (2013), all from the University of Udine, Udine, Italy. He was a member of the Wireless and Power Line Communications Lab at the University of Udine until 2013. From 2013 to 2014 he was with Calzavara S.p.a., Italy, as responsible of the Non Ionizing Radiation Laboratory measurement activities and as a member of the technical staff (antennas and electromagnetic compatibility designer). Currently, he is a postdoctoral researcher with the University of Electronic Science and Technology of China, Chengdu, China. His research interests include antenna array design, wireless communication systems, radio localization and positioning techniques, hardware/software co-design, rapid prototyping methodologies, hardware and RF devices characterization and measurement systems.