With the advent of every improving information technologies, science and engineering is being being evermore guided by data-driven models and large-scale computations.  In this setting, one often is forced to work with models for which the nonlinearities are not derived from first principles and quantitative values for parameters are not known.

With this in mind, I will describe an alternative approach formulated in the language of combinatorics and algebraic topology that is inherently multiscale, amenable to mathematically rigorous results based on discrete descriptions of dynamics, computable, and capable of recovering robust dynamic structures.

To keep the talk grounded, I will discuss the ideas in the context of modeling of gene regulatory networks. 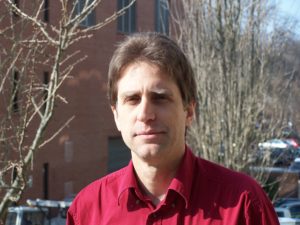 Konstantin Mischaikow earned his Master and PhD degree at the University of Wisconsin–Madison in 1983 and 1985, respectively. Currently he is a Distinguished Professor at Rutgers University, New Jersey, USA. His main research interests are topological methods for the analysis of dynamical systems, computational topology and mathematical biology.  Professor Mischaikow has supervised 16 PhD theses and has been advisor of 21 postdocs. He has over 110 publications, including four books.

He is a leading expert of Conley theory, as well as of rigorous computer-assisted computations. One of his most celebrated results is the proof of chaos in the Lorenz attractor, which serves as a prominent example of the application of both techniques.  In 2014, in recognition of his contributions to dynamical systems as well as to applied and computational topology, Professor Mischaikow was elected to be a fellow of the American Mathematical Society.