Posted on 3. September 2018 by Kerstin Smounig

OFDM multicarrier techniques are widely deployed in most wireless communication systems, in particular in cellular networks (LTE, LTE Advanced, 5G…), broadcast networks (DVB-T, DVB-T2, ATSC3.0…) and WiFi networks. However, multi-carrier modulations are characterized by a very large dynamic amplitude measured by the Peak to Average Power Ratio (PAPR). This large amplitude prevents radio frequency designers to feed the signal at the optimal point of the non linear High Power Amplifier (HPA) which reduces their energy efficiency and then increases dramatically the overall base station consumption. In literature, the PAPR reduction and the  linearization techniques are the main approaches to solve this HPA efficiency problem in cellular and broadcast networks

In recent years, tone reservation (TR) PAPR reduction techniques have been deeply studied and included for example in the DVB-T2 and the new American digital video broadcasting (ATSC 3.0) standards. It is based on a gradient iterative approach where, at each iteration, a predefined kernel is used to reduce one peak in the time domain. During this talk, we will present novel TR PAPR reduction techniques, namely grouped individual carrier allocation for multiple peaks (GICMP) based on a new kernel signal and fully compatible with the new broadcasting DVB-T2 and ATSC3.0 standards. An in-depth performance analysis based on simulation and experimental results demonstrated that the novel proposed PAPR reduction algorithm offers very good performance/complexity/latency trade-off.

In the second part of this talk, we will present intelligent solution for future implementations to control the reduction of PAPR and the linearization steps in a flexible way according to some predefined parameters so that they become adaptive and self-configurable. More specifically, our work focused on the analytical analysis of in-band measured by the Error Vector Magnitude (EVM) and out-of-band distortions measured by the Adjacent Chanel Power Ratio (ACPR) for multicarrier signals taking into account the PAPR reduction, the impact of non-linear amplification, the memory effects and the predistortion. Combining those complementary approaches, the power efficiency of the transmitters with OFDM multicarrier waveforms can be highly upgraded and/or the energy consumption reduced by 10 to 15 % 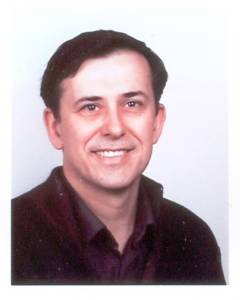 Professor Hélard received his Dipl.-Ing. and his Ph.D in electronics and signal processing from the National Institute of Applied Sciences (INSA) in Rennes in 1981 and 1992 respectively. From 1982 to 1997, he was research engineer and then head of channel coding for the digital broadcasting research group at France Telecom Research Center (Orange Labs) in Rennes. In 1997, he joined INSA Rennes, which is one of the « Grandes Ecoles » in France, where he is today Full Professor, Classe Exceptionelle, which is the highest rank. He was Director of Research of INSA Rennes during 3 years  from december 2010 to december 2013. He was also during 8 years Deputy Director of the Rennes Institute for Electronics and Telecommunications (IETR, UMR CNRS 6164), which is an academic research laboratory of 400 people, created in 2002 in association with the CNRS. His research interests lie in signal processing techniques for digital communications, such as space-time and channel coding, multi-carrier modulation, as well as multi-user communications and cross-layer techniques, power efficient and PAPR reduction techniques.  He is involved in several European and national research projects in the fields of digital video terrestrial broadcasting, mobile radio communications and cellular networks, power-line and ultra-wide-band communications, cooperative communications and relaying techniques. Prof. J-F. Hélard is a senior member of IEEE, author and co-author of more than 270 technical papers in international scientific journals and conferences, and holds 15 European patents.