Posted on 14. Februar 2020 by Christian Timmerer

Abstract:
The availability of advanced features for controlling technical aspects of grounding engines and solver modules for the answer set semantics allows great flexibility and enables the possibility to scale in otherwise out of reach applications. Nonetheless, the presence of nonobvious heuristic tuning „knobs“ deepens and widens the gap between knowledge representation technologies and software developers. In this talk, we present our recent introduction of incremental grounding techniques for answer set solvers in the perspective of videogame development, a challenging applicative domain in which design-time fast prototyping and run-time speed are at the highest priority.

Same as in-stream reasoning, videogames require repeated and fast-paced executions of decision-making tasks. In this context, we illustrate an incremental grounding approach for the answer set semantics. We focus on the possibility of maintaining incrementally larger ground logic programs; so-called „overgrounded programs“ can be generated, updated and reused transparently to the user and in combination with deliberately many different sets of inputs. The update burden of overgrounded programs requires a small effort, thus making the instantiation of logic programs considerably faster when grounding is repeated on a series of inputs similar to each other. 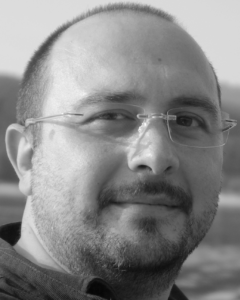 CV: Giovambattista Ianni is a full professor of Computer Science in the Department of Mathematics and Computer Science at the University of Calabria, Italy. Prof. Ianni’s current research interests include knowledge representation, reasoning, and coupling of hybrid systems. He recently focused his research interests on Artificial Intelligence in videogames with particular attention to the issue of complex and time-consuming incremental reasoning in real-time contexts. He has contributed to the DLV system and the DLVHEX system, especially dealing with the issue of dealing with, often non-symbolic, external information to knowledge bases. He has been involved in several national and international research projects and has been acknowledged with research awards such as the ICLP Test-of-time award 2018 and the Artificial Intelligence Journal Prominent Paper Award 2013.