The review of the TEWI colloquium of Laura Toni from June 26, 2020 comprises the video and slides (below):

Abstract: A major challenge for the next decade is to design virtual and augmented reality systems (VR at large) for real-world use cases such as healthcare, entertainment, e-education, and high-risk missions. This requires VR systems to operate at scale, in a personalized manner, remaining bandwidth-tolerant whilst meeting quality and latency criteria. One key challenge to reach this goal is to fully understand and anticipate user behaviours in these mixed reality settings.

This can be accomplished only by a fundamental revolution of the network and VR systems that have to put the interactive user at the heart of the system rather than at the end of the chain. With this goal in mind, in this talk, we describe our current researches on user-centric systems. First, we describe our view-port based streaming strategies for 360-degree video. Then, we present more in details our research on of users‘ behaviour analysis, when users interact with the 360-degree content. Specifically, we describe a set of metrics that allows us to identify key behaviours among users and quantify the level of similarity of these behaviours. Specifically, we present our clique-based clustering methodology, information theory and trajectory base in-depth analysis. Finally, we conclude with an overview of the extension of this work to navigation within volumetric video sequences. 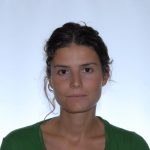 Bio: Laura Toni received the M.S. and Ph.D. degrees, both in electrical engineering, from the University of Bologna, Bologna, Italy, in 2005 and 2009, respectively. In 2007, she was a Visiting Scholar at the University of California at San Diego (UCSD), San Diego, CA, USA, and since 2009, she has been a frequent visitor to the UCSD, working on media coding and streaming technologies. Between 2009 and 2011, she was with the Tele-Robotics and Application Department, Italian Institute of Technology, investigating wireless sensor networks for robotics applications. In 2012, she was a Postdoctoral Fellow at UCSD, and between 2013 and 2016, she was a Postdoctoral Fellow in the Signal Processing Laboratory (LTS4) at École Polytechnique Fédérale de Lausanne, Lausanne, Switzerland. Since July 2016, she has been a Lecturer in the Electronic and Electrical Engineering Department, University College London (UCL), U.K. Her research mainly involves interactive multimedia systems, decision-making strategies under uncertainty, large-scale signal processing, and communications. She received the UCL Future Leadership Award in 2016, the ACM Best 10% Paper Award in 2013, and the IEEE/IFIP Best Paper Award in 2012.